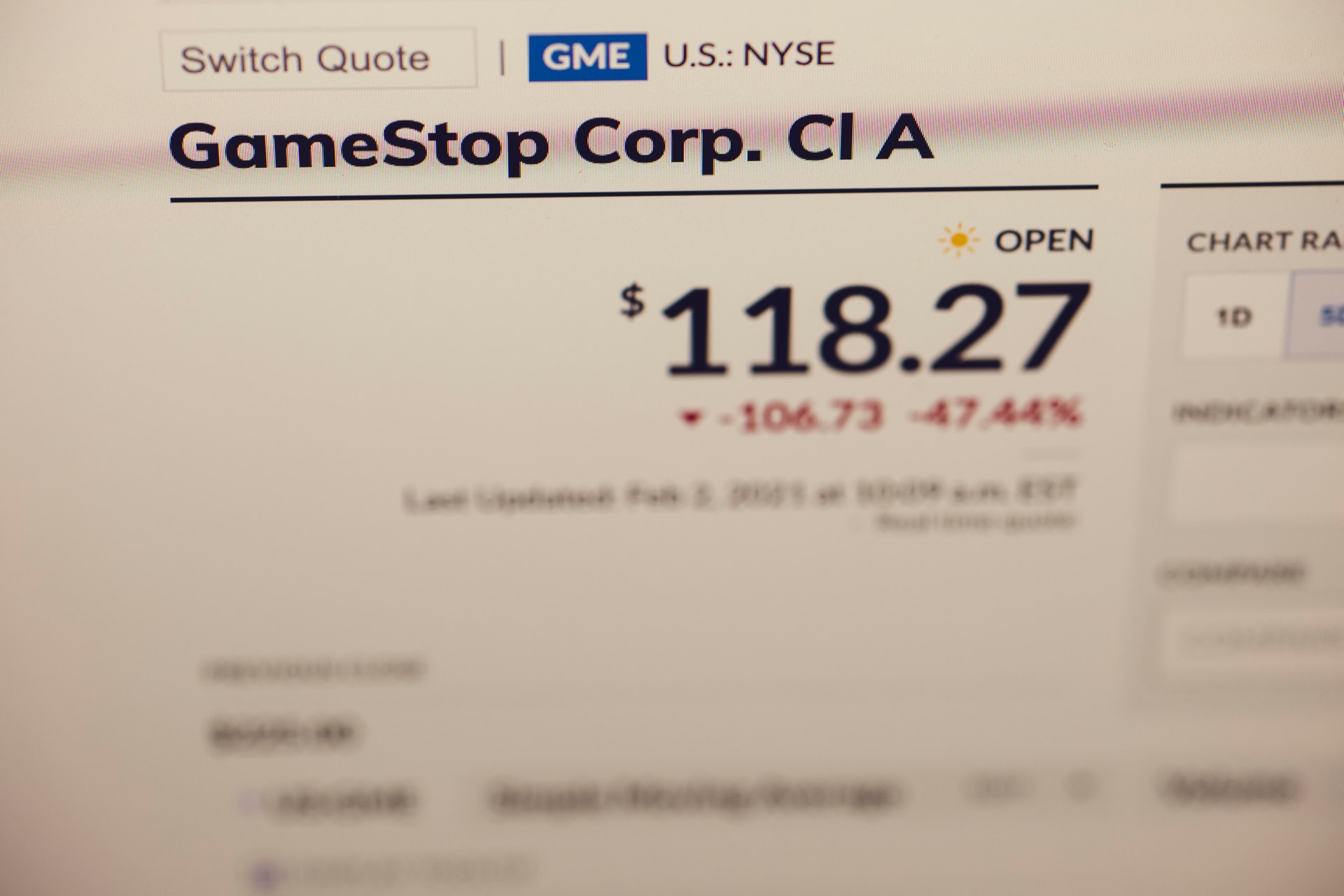 Day traders led a rebellion that astounded equity markets last week as some of the most prestigious names on Wall Street suffered multibillion dollar losses on their short positions. Swarms of amateur traders targeted small-cap equities heavily shorted by hedge funds, in retaliation against the excessive influence of financial institutions on the wider financial system. In scenes similar to previous retail trading frenzies, the retail traders involved ‘weaponised’ options derivatives to their advantage by purchasing ‘Out-of-The-Money’ calls and the stocks themselves as means to drive price rallies. This en-masse coordinated effort was initiated on user-generated social media platforms Reddit and Discord. [1]

Sharp upward movements in share prices of a handful of poorly performing companies marked the burgeoning influence of retail traders on markets, who had collectively managed to ‘short squeeze’ stocks such as GameStop, AMC Entertainment and BlackBerry, amongst others.

Retail traders were fuelled by their infuriation against Wall Street’s capacity to consistently come out on top in times of crises. Hedge Fund traders were notably blamed for the misery caused by the global economic fallout in 2008, with some retail traders seeking personal revenge in this regard.

And so this anti-establishment battle has proved successful thus far, with hedge funds such as Melvin Capital and Citron Research suffering large losses as GameStop stock surged 1500% on Wednesday 27th by market open. Melvin Capital was forced to seek a $2.5 billion cash injection from rivals Point72 Asset Management and Citadel after their large losses. Total short-selling mark-to-market losses by Friday 29th amounted to $3.3 billion. [2]

GameStop is a typical high street video game retailer whose share price has been floundering for the last six years. The company’s pessimistic prospects were exacerbated by an accelerated shift of the gaming industry online, as a result of the pandemic. This has led to many hedge funds and institutional investors betting on their eventual demise as an almost certain prospect. As a result, around 72 million GameStop shares were shorted before the current bull run, representing 140% of the total capital of the company. Other stocks heavily shorted include AMC Entertainment, Blackberry, Nokia, Bed Bath & Beyond, Beyond Meat and Evotec, against which Melvin Capital held the largest short by percentage of shares shorted on a European company (6%). [3]

The abundant liquidity and low cost of leverage enabled these considerably risky short positions, leaving these investors to be particularly vulnerable to price rallies, especially a ‘short squeeze’. Retail traders saw an opportunity to collectively buy all of the aforementioned stocks, and enforce a squeeze. As share prices rose exponentially, all short hedge funds were forced to liquidate their positions and buy back the stock they initially borrowed for their shorts, fuelling the rally further. [4]

Why were call options so significant in GameStop’s rally?


The extensive use of ‘Out-of-The-Money’ call options acted as a catalyst towards the surge in share prices. The particular dynamics of this type of call option entails that if a call strike price is attained, brokers are obliged to deliver the shares and require to hedge themselves too in the process, either by passing on the option contract to another counterparty or entering the market themselves, once again driving the rally further. This surge in options activity with regards to GameStop, shown below, specifically is seemingly unprecedented. The rise in activity has been particularly dominant in trades of smaller magnitude, often 10 call contracts or less, highlighting their strategic use by individual retail investors as opposed to financial institutions. 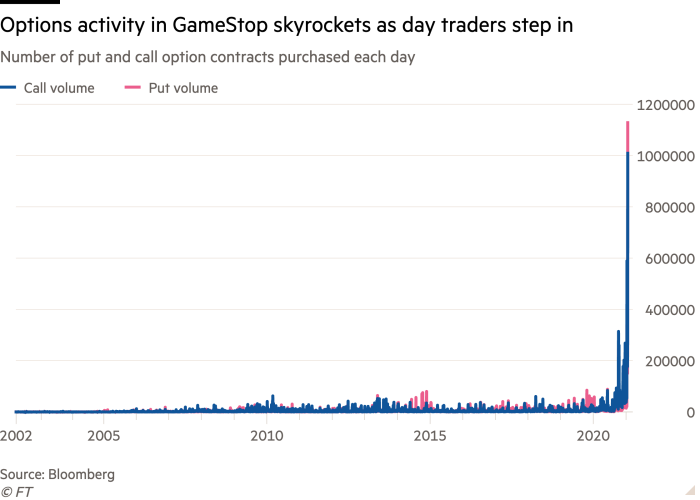 Coordinated activity to this extent via social media platforms such as Reddit and Discord presents new challenges for the Securities and Exchange Commission (SEC). The financial regulators who have sparked a probe into this unprecedented market frenzy must establish whether market manipulation was involved. Never have retail investors ‘squeezed out’ institutional investors to this extent, yet most say the SEC will find it challenging to prove a case of manipulation. [5]
Online brokerages such as Robinhood, Interactive Brokers and others halted trading on Thursday the 28th, a move that caused outrage across social media.

Online brokerages such as Robinhood, Interactive Brokers and others halted trading on Thursday the 28th, a move that caused outrage across social media.

THE REPERCUSSIONS – ARE WE WITNESSING A SOCIAL MOVEMENT?


We are witnessing a changing demographic of market investors dipping into fundamentally flawed companies, as widening implications are going well beyond the long-short battle. Perhaps this ‘populist’ movement signals a social opportunity for day traders, in addition to a lucrative one.

Such distorted financial conditions may be signalling a lasting power shift enabled by social media community platforms. The impact of social media comments potentially predicting stock fluctuations can be assessed via market sentiment monitoring tools such as StockGeist. Indeed, some believe the repercussions of large, coordinated short squeezes may affect the integrity of the equity market and hurt other parties such as pension funds.

No matter the outcome, these dynamics will be addressed by regulators as there are broader financial stability issues at stake.
Share 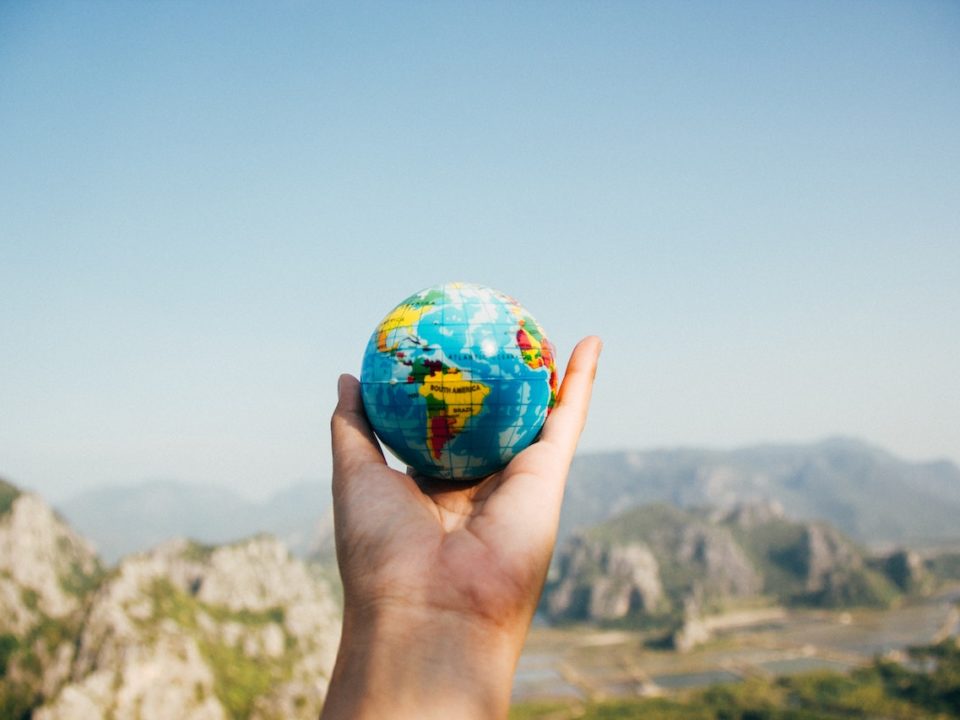 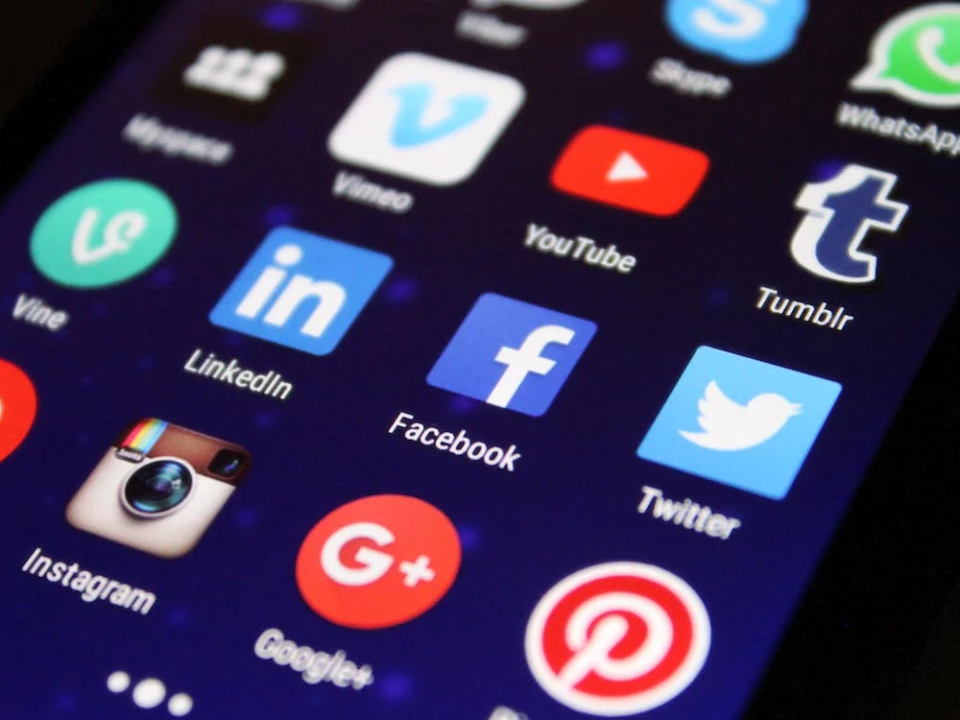 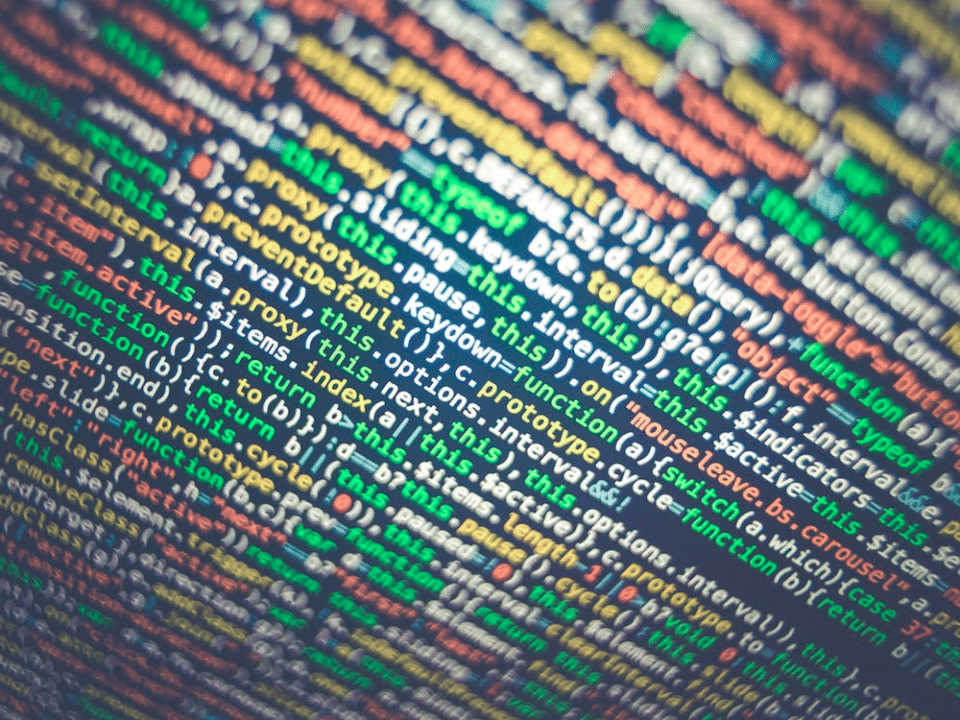